How to Make Peace? 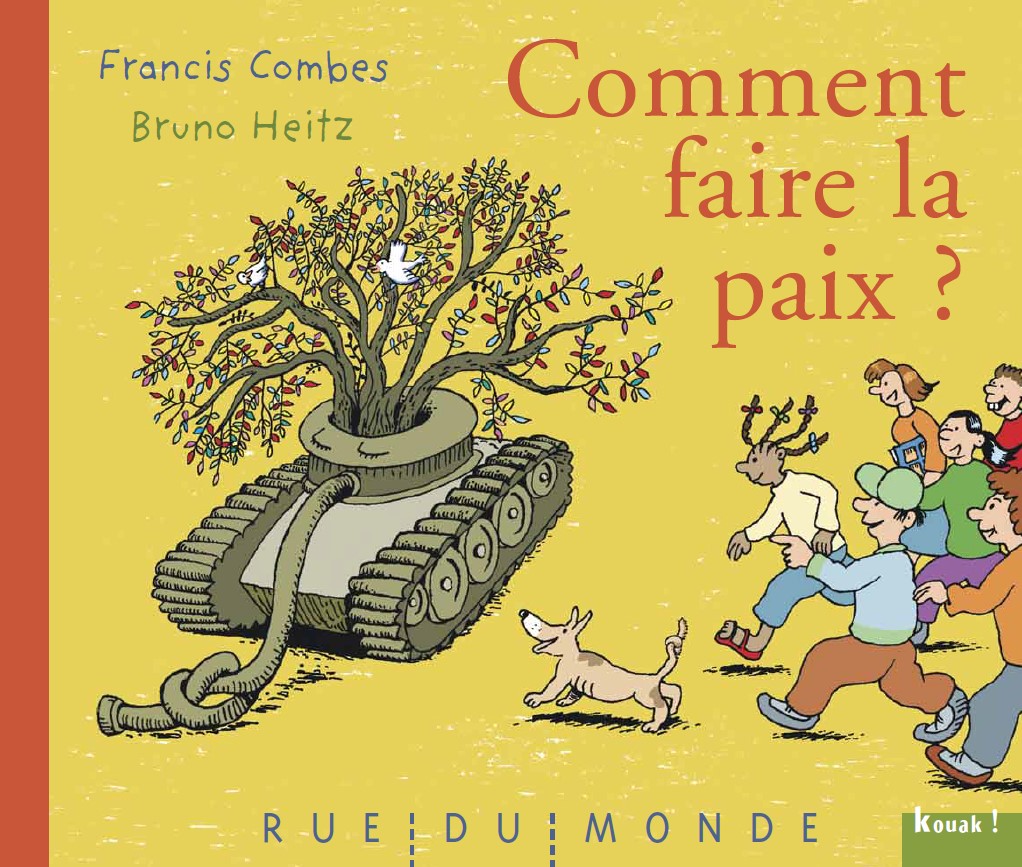 A playful anti-war poem that halts the cannon fire… while encouraging children to erect monuments to life in village squares! The aim is to catch a sleeping tank and, in the children’s hands, the scrap metal easily becomes chewing gum… Then it’s so simple to tie a knot in the cannon!

The text is followed by its translation into 24 languages: English, Spanish, German, Russian, Ukrainian, Portuguese, Arabic… and even that universal language invented at the end of the 19th century: Esperanto. On these multilingual pages, Bruno Heitz has old lead soldiers waltzing around in the hands of children, with a banner proclaiming: “Universal disarmament of the Earth and the stars”. 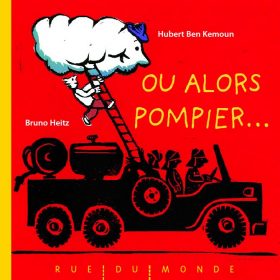 VIEW BOOK
Or A Fireman… 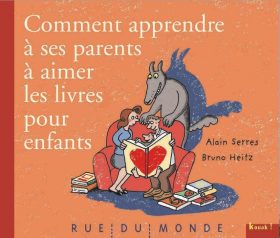 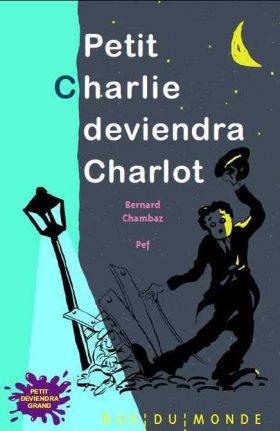