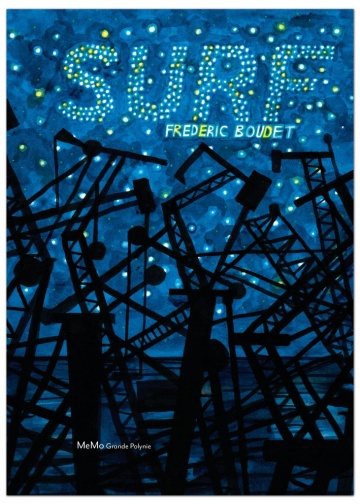 For Adam, home for the holidays, Brest does not have a lot to say for itself. The cranes of the port are still there in the distance, closer, in between the rooftops, the same piece of ocean, closer still the family home, decor the same as ever, with his strange unicorn of a mother at the heart of it, in her fitted grey coat, an escapee from his mental zoo. Here, Adam will have to while away the hours which drag on and on, just as he skips classes at the school of graphic design, just as life carries on without enthusiasm.

Out of sight, however there are embers crackling under the ashes. Wrapped in plastic, a bundle of letters brings the echo of his father’s voice to his ears. His father who vanished into thin air and was well and truly gone for good. His telepathic friend, Jack-Nathan, a two-metre tall giant, who, from behind his Ray-Bans, hunts down these poor surfers like ducks, before tearing off across the sand and escaping again, urges Adam to stop confiding in his popcorn and extract himself from his little hell of forgiving and forgetting. Aeka, who is just as wildly nuts as Jack, makes recordings that capture life in its most private, broken down voice, and there are the searing words of Katel, waves of childhood memories. In fact, everyone and everything has something to say. Now, it’s Adam’s turn to talk. 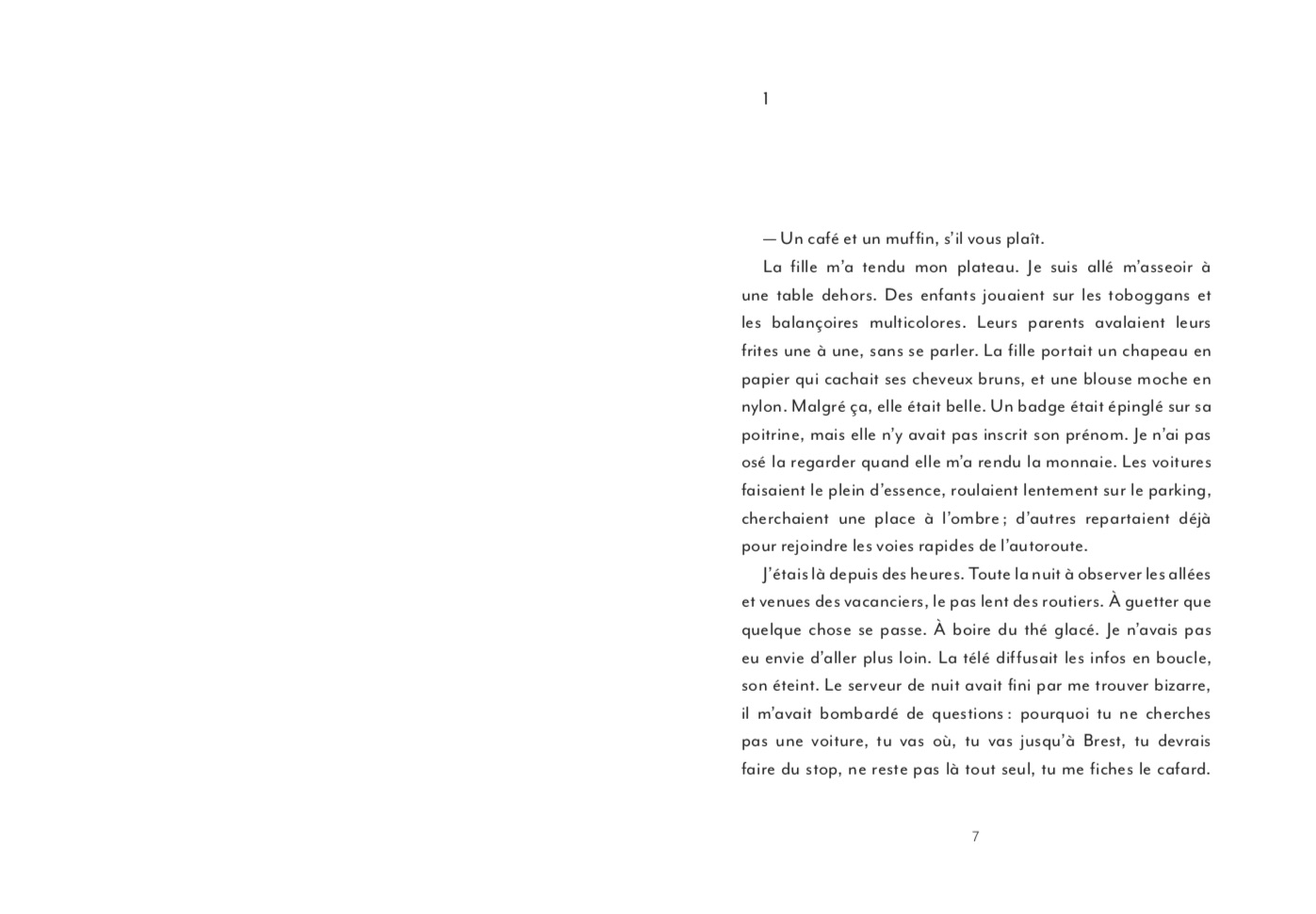 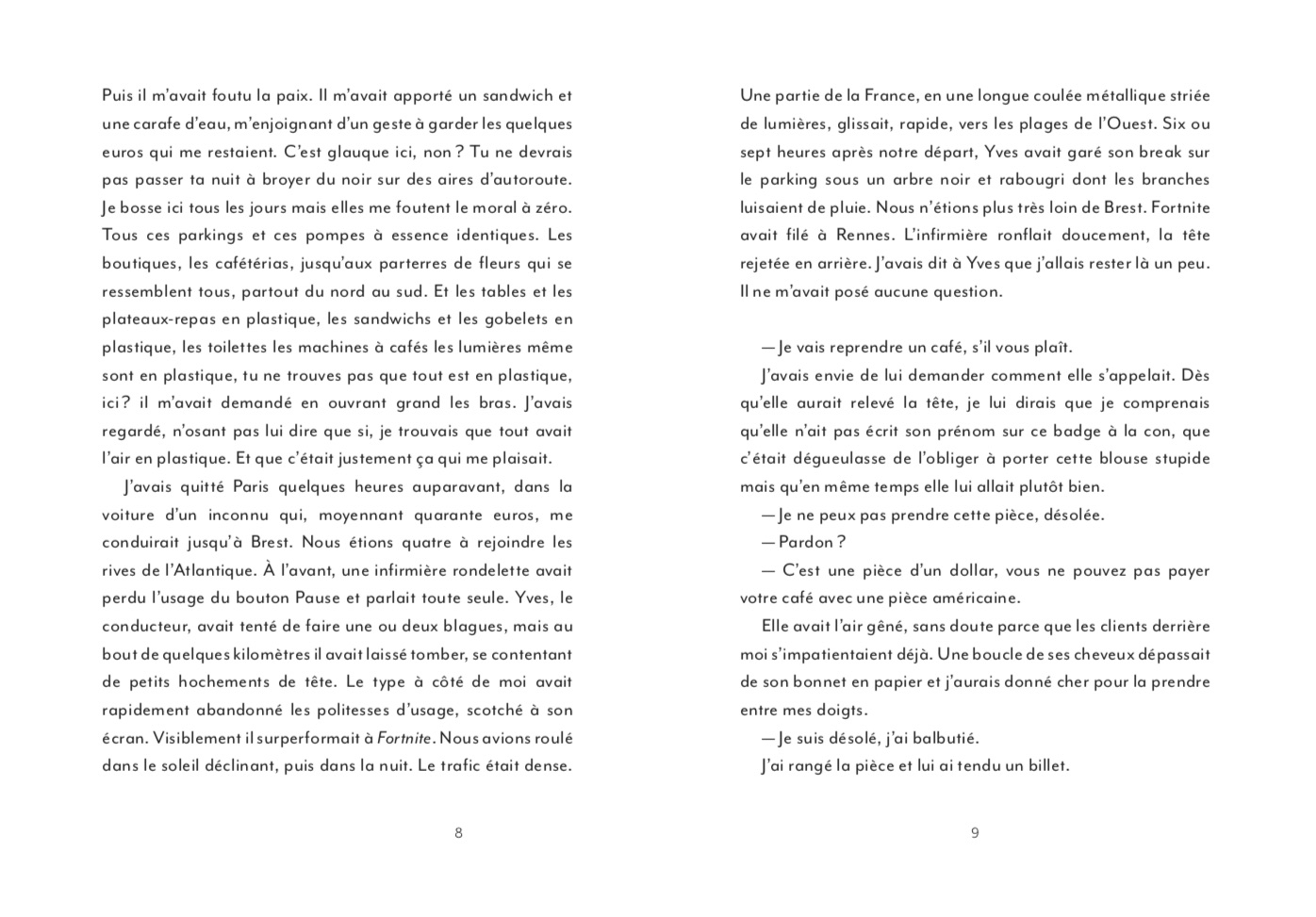