Tonight, the little boy metamorphosed into a fly. Since then, with his head upside down, the world all topsy-turvy, he’s been walking on the ceiling.
Today, or maybe before, he ate a lot of mashed potatoes, platefuls and platefuls of it, he became round like a ball that wouldn’t stop rolling around. He didn’t want to be a little boy anymore, smaller than the dog and the cat, he wanted his head to touch the moon.
Especially because he’s already been to the moon to look for the tooth he lost, without a rocket or anything, just by closing his eyes. It’s even better than talking to a chick with very small eyes, who is afraid of getting sick.
Now, the little boy is making his way through the most enormous forest in the world. There are unsettling noises and aromas of grilled fish. And above all, a tall tale for a growing boy. 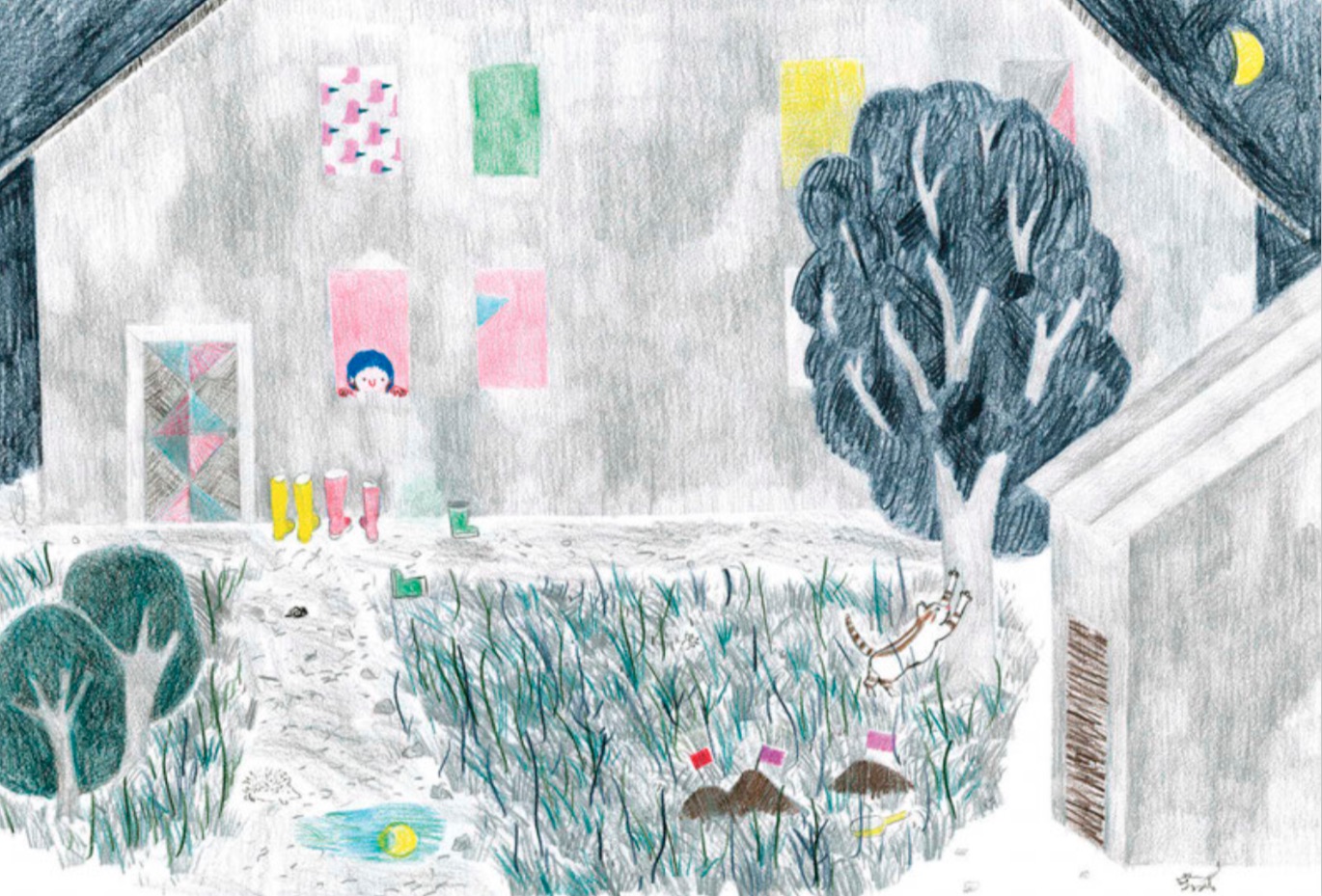 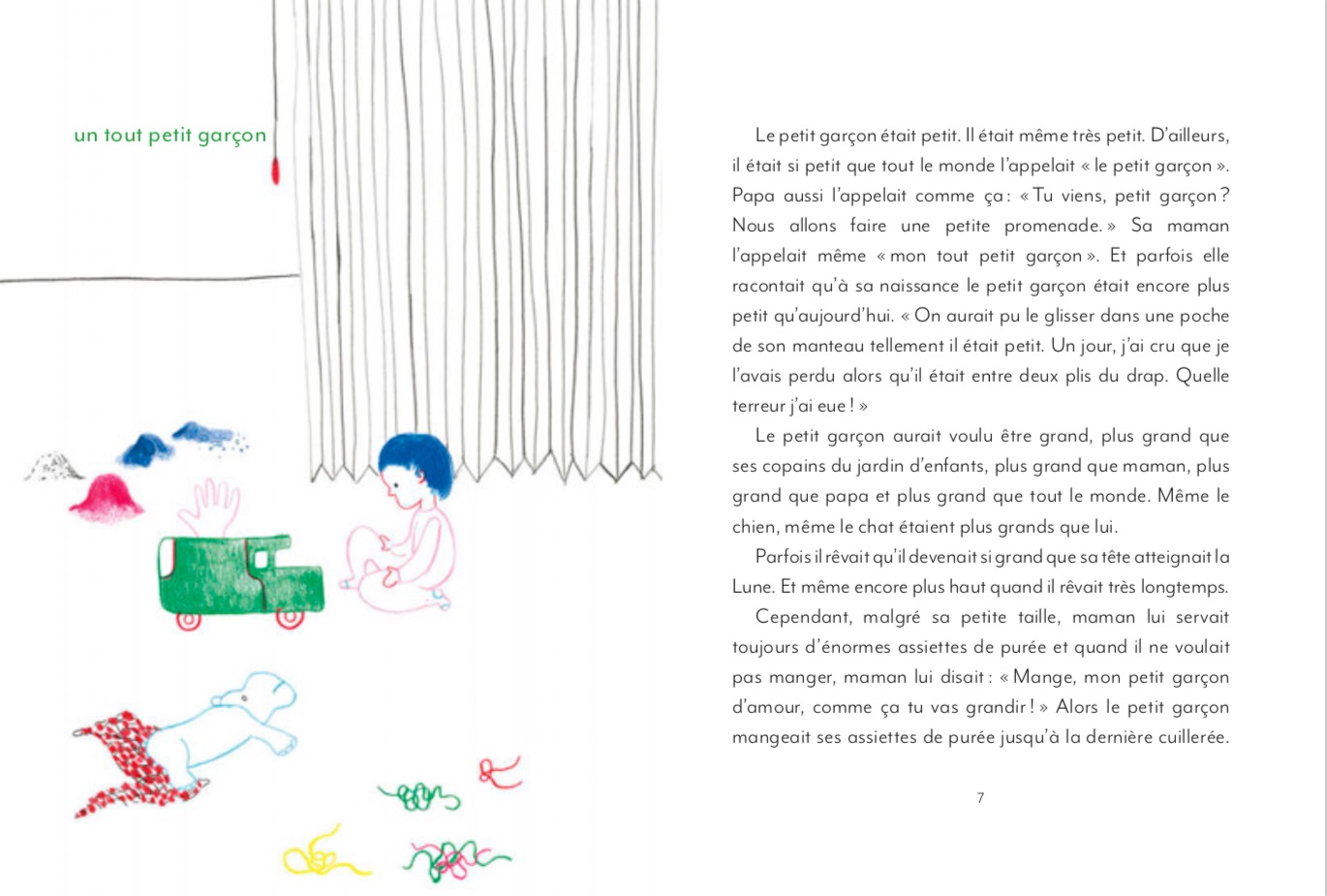 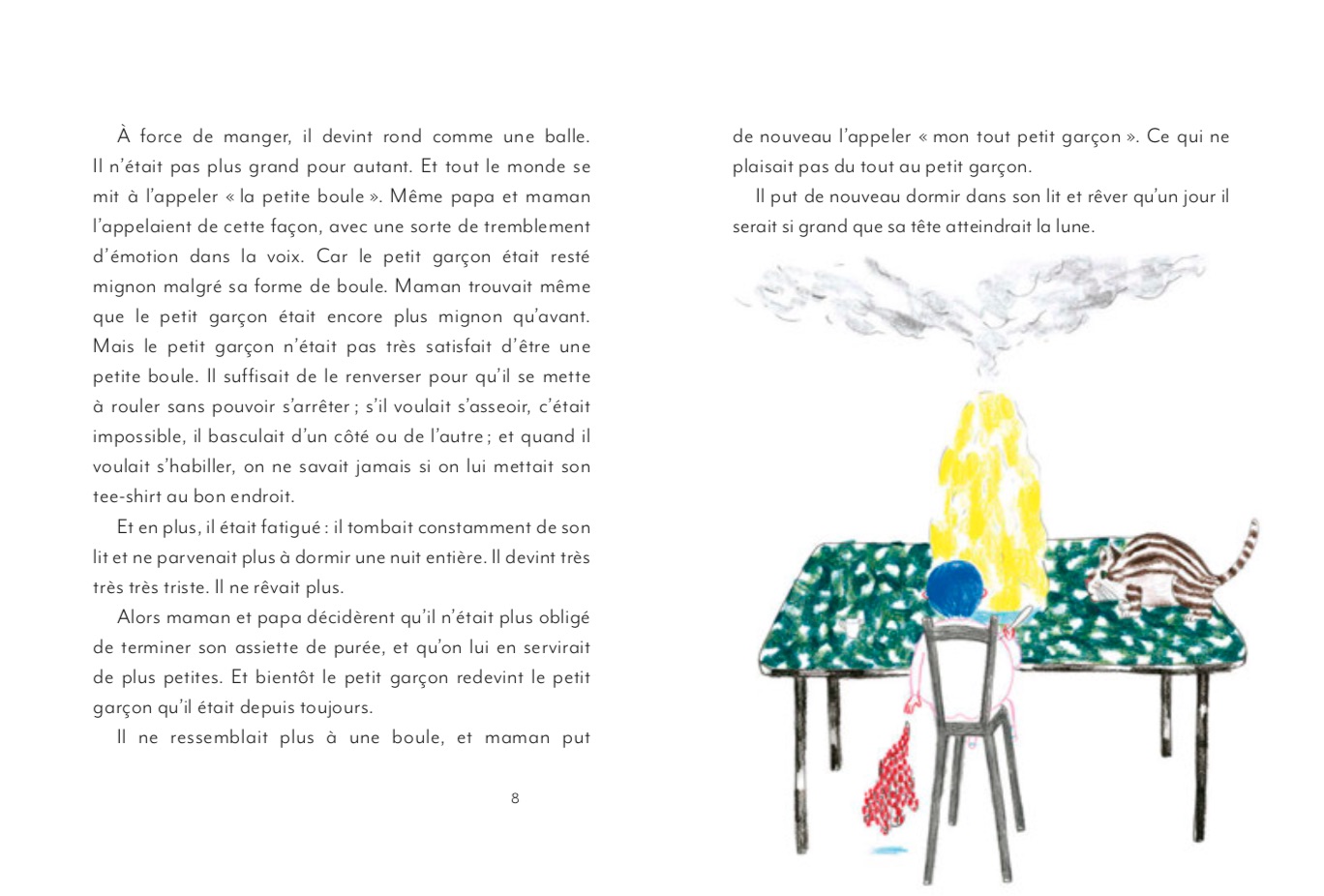